And on to Koh Phangan's more commercial and therefore generally more expensive sister island, Koh Samui. We couldn't afford anywhere as central here so stayed in a complex of huts up on a hill just outside of Cheweng Beach. Not the most accessible place in the world as we had to catch an hourly shuttle bus into town. I know places in the English countryside better connected. Even getting around the resort was either an uphill sweaty struggle or you had to call for a golf buggy to come and whizz you around. As would be expected, Cheweng Beach is more cluttered with sun loungers, restaurants, people and water sports, as well as monkeys and lizards looking for a photo opp. But it has a great atmosphere and everything is catered for tourists so comfort is at forefront of everything.

To get out of the resort feel we went on a whirlwind tour to see the rest of the island as still not yet brave enough to venture out alone. The first part of this was not pleasant - it involved a monkey showing us how well it could ride a bike and play guitar and then even worse, this was followed by an Elephant dancing and playing football. In theory, hilarious but it practice it was really really sad. This was made even worse by an 'activity' later which involved going into a room to stroke a clearly drugged up tiger, which we refused to do. It's a shame that tours such as this seem to feel it necessary to include stuff like this as all we wanted to do was see the island. I'm sure there are some ethical tours available and so just be careful which ones you choose.

That said, the trip continued on and got a lot better once we were away from the blatant animal cruelty. This involved a mummified monk, weird but intriguing and then some rocks that looked like a penis - how that is a tourist attraction I will never know! Although it was very funny when our guide made Tom lie down in just the right position so that, said rock, looked like his own. Everyone chuckled. The real highlight for us though was riding through the jungle on top of a jeep, up and down the hills. The boring bastards sharing our tour with us didn't like it so the more air time for Tom and I.

Half way through the jeep ride, we had a break at a viewpoint on the top of the hill overlooking the lush green forests. One thing I've learnt from travelling - the word 'viewpoint' is over used. Nonetheless when one is mentioned or there's a sign saying it pointing up a dodgy looking track - I'm there! Ready to embrace the spectacular view I'm about to encounter. This one was about a 7 out of 10. It was misty and had a lot of trees obvs so on camera it looked very average. However, it was atmospheric and I think a large part of your appreciation of a viewpoint is dependent on the circumstances surrounding it. We'd had a long day with weird and not so pleasant experiences followed by an adrenaline rush, so collapsing and catching breath here was pretty great and made us appreciate just where we were.

The peace and tranquillity up here was quickly shattered by the weird, moody Australian on our tour declaring he'd lost his wallet. He sat throughout the whole trip on his own with his head phones on and 'in the zone', only coming back to reality every so often to talk about spirituality and his 'journey'. I wanted to punch him for most of it but now I wanted to punch him even more. He wanted the drivers to go back along the same track to try and find his wallet. Understandably with a whole tour group waiting and a time plan to stick to, the guide and driver were not so keen. He then told them if he found his wallet he'd give them the equivalent of £20. So naturally they abandoned us all at the top of the hill to go and look for this wankers wallet! The viewpoint quickly lost it's charm and 30 minutes later they return and with no wallet. So cutting to the chase, everybody's time had been royally wasted. We all got back in the truck grumpy and sat silently all secretly fuming. If he'd been a nice friendly guy I wouldn't have minded so much but he was a dick. Plus we also had to wait extra time because he was staying on some farm out in the sticks further away from everyone else. What a prick!

That was enough touring for us so we spent the rest of our time here pretty much drinking and eating. One of the bars along the beach was doing a fire show. In fact most bars offer some sort of fire show. Usually boys of about 14 start it off by doing a bit of juggling and then the older men come in and start doing all sorts of crazy stuff. One of these men decided that I looked like the perfect person to be used to demonstrate his great skill. I'm never selected for these sorts of things and for good reason - I'm a shy, awkward, whimp. Nevertheless there wasn't really anyone else there and so I had no choice. So he went off on his merry way flinging ropes of fire around me in various different directions while I screamed continuously.

In complete contrast to the fire tamers, Koh Samui is also home to an ice bar. You go into the statue adorned fridge for some classic cocktails such as the Ting Tong Mak Mak, which is basically just vodka and some sort of sugary syrup, as well as flavoured shots including chilli and Werther's Original. Eugh! In addition, if you ask nicely the bartender might even bring out his ice penis for hours of fun and a comical selection of pictures. Once you've had enough ice you can take a break in the tropical garden for some good ol' beer pong before heading back inside. The only thing a little annoying about this place is that it is not easy to find and a little out of the way. So to try and get more people there they send a van around all the tourist hot spots blasting 'Ice Ice Baby' out of the speakers as a calling card for people wanting to jump in the back for a lift to the ice bar. Tom and I attempted to do this but kept coming across the van at awkward and inappropriate places to stop on the road. The men in the van kept shouting to us 'we'll get you next time'. We never did and ended up walking the whole way. When we arrived the barman was like 'you guys, you made it!' How embarrassing! I didn't like being known as the people who care about ice and alcohol so much that nothing gets in their way. Unfortunately we were and are those people so what can you do but embrace it. There was worse in store in the way of alcohol in Phuket... 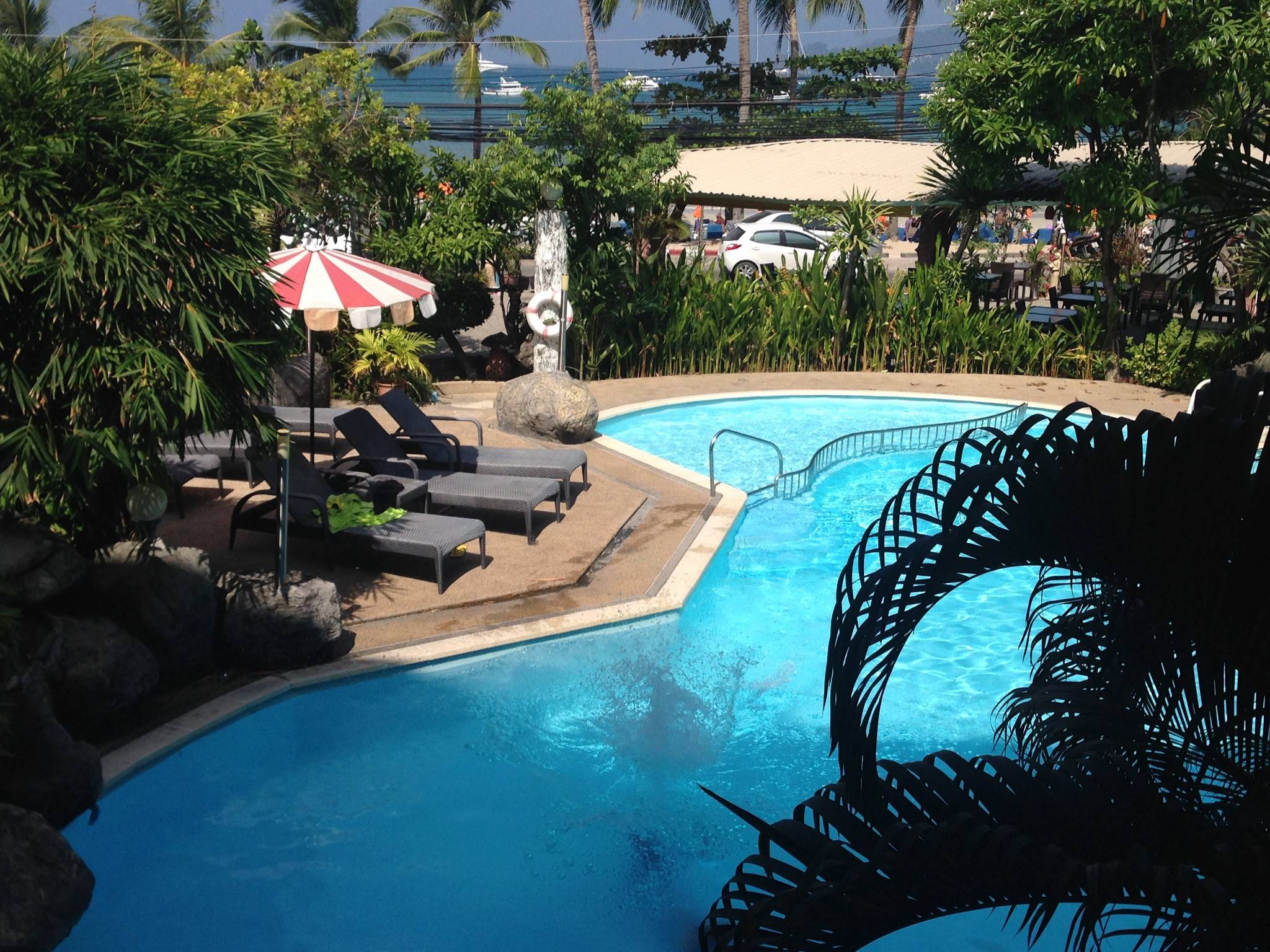